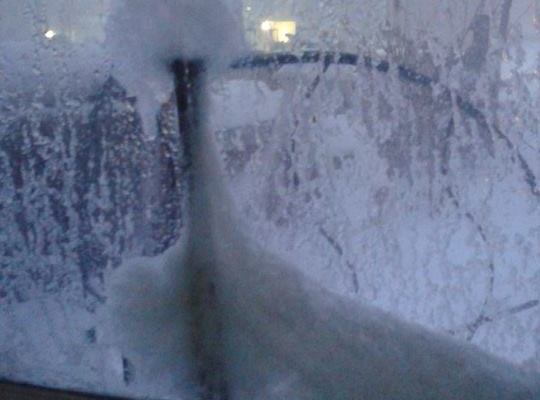 Another one of them blizzards.

This is the first for the year 2018. It already cleared  the state is currently handling its aftermath; shovels on all along this winter as it is traditionally customary. Since I have been living in the area those blizzards rarely fail if ever to pay their visits. They are characterized with really gusty icy winds and heavy snow fall. It is a weather emergency and officials always  warn people not to be out in such weathers, public offices usually close and all planes are grounded until the blizzard clears  or tapers. Deicing planes is a common scene at the airport following such weathers together with lots of shoveling of snow covered rams.  2001 was my first encounter with New England cold weathers. I was working at the airport and was required to wear a uniform as a security officer who worked at the checkpoint. The boots provided by the employer were not non-skid and you can imagine the times  I hit  the ground my legs up in the air. Thanks god to my younger age back then; I did not break any bones but believe me the soreness lingers or sometimes remains subtle and latent. Walking the ram at 2:00 am in the morning was  another challenge. I had to walk with other colleagues who were immigrant  just like myself on foot  from an end to the airport to another so we could reach the planes we had to inspect for hazardous materials or hidden threats before departures or sometimes after they have landed. My team was composed of  another lady from Philipines, a three other guys one was from Haiti, another from South Sudan and another one from Cape Verde   and a  third one from Cape Verde.  No transportation was  given to us and the thick jackets were no great protection. We were among the ones stayed after the TSA took the Checkpoint but were assigned  other areas beyond the checkpoint while remaining employed by a privately owned security company instead of becoming part of the Transportation Security Administration that has taken the checkpoint screening responsibilities.

As the first blizzards hit this year I decided to post a series of my thoughts in synchronicity with the weather and my mood.  A boredom triggered tradition that I have  started a few years ago in as one among many  attempts to outlive this imposed long and chronic unemployment condition.  All these ‘comments’ are reposts from my timeline on facebook.com. I will start with the most recent and retrieve some archives.

It’s a blizzard, alright! I’ve been doing some shoveling but decided to stop till later. These are pictures I’ve taken from inside my house across the window 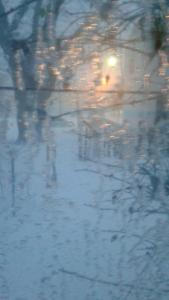 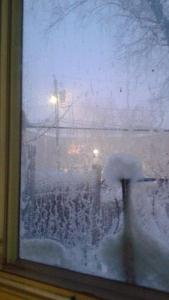 I cracked the door open and took a shot. Winds howling and fluffy white flakes falling in every direction faced my extended cold hand. The outcome is posted herein; I mean the picture, you would not feel the cold. The picture just looks heavenly, right. Well this year I decided to be more cautious, I won’t go out in this biting icy weather since I do not have a job to go to or a school…

Another picture that I took from inside the house across the window. Stay warm everybody. As I wrote this last sentence, a similar sentence resonated in my head from The Truman Show movie where Jim Carey played the main character. I have been living an almost similar scenario before the movie appeared. Mine is a real life scenario. As I started talking about the Truman Show and my life from which I started to feel alienated day in day out, a mouse gamboled across the living room from under the radiator towards the chair near the entertainment center. It happens almost every day and night. These little creature that appear from nowhere and ran here or there as I talk about an issue or another or sometimes I hear horns honked repeatedly as if objecting to certain thoughts or ideas I voiced loud. These creatures are not symptoms they are as real as the blizzard that is going on. They sometimes hide in corner facing me and stick their heads squeaking almost incomprehensible vocalized language while the neighbors commenting loudly on my behavior inside my house and my thoughts that I am currently transcribing down these very ideas

I went out today. I thought I would check on the sea. It was still where it was last time; I mean before the blizzard. I reassured myself nothing but another cold and snowy winter day. I dropped my Sony cam, it hit the ground at the foot of Revere Beach T. Station sign. It stopped shooting. I removed my glove and decided to use my son’s old Samsung Iphone. It was still working. I re-donned my gloves as my hands started stiffening from the cold and headed cautiously towards the cold serenely lying sea by the side of the snow covered shore. I sank my feet in the ground and took another yet picture.

As I was dragging my sinking feet in the snow, I looked at other traces of steps in the snow that were heading towards the shore. The steps did not leave holes in the snow that covered the beach but left well marked traces of really big steps that almost were triple my foot size. It was practically impossible, right. Feet such size could only belong to some big sized person. It did not scare me but had me think. Were these foot marks just a cast idea manifested on the white tapestry of the beach. I wondered as I am writing these lines what prevented me from taking pictures of those mysterious enormous yet very light steps. I remembered it was the cold. I have already tossed the phone in the big deep pocket of my large winter coat I also had the gloves on and I really really felt an excruciating cold piecing my pores. 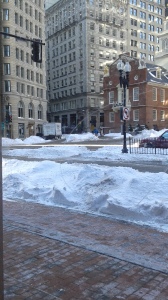 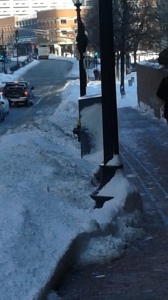 Boston looked icy this morning. Action warms up. It is all about circulation. The few minutes at the bus stop were agony. I decided to wrap up my journey this morning and not to head towards Winthrop or Marblehead to explore the beautiful frozen shores. What tempted me to set off in the first place on this morning tour was that I could use my son’s Charly T. pass. He is off today. The effect of the cold on me started to become unbearable. Cold stood between me and my plan for this morning. Revere beach was all I went to. I never thought I could come face to face with unemployment for even a few months let alone years. It is really a sickening state. I devised multiple plans to overcome my grizzly feelings and morosity by taking to certain passions such taking pictures .